The honeymoon is usually one of the best trips that are made throughout life. A trip to which the bride and groom spend a lot of time and enthusiasm to choose the best destination. Therefore, the result has to be the perfect trip, the dream honeymoon. For us, one of the best honeymoon destinations is Africa, a safari paradise. Are you thinking about a safari for your honeymoon? As experts on the African continent, we will tell you which are the three best honeymoon in Africa  to enjoy the trip of a lifetime with your partner. Let’s get started!

Tanzania, luxury and adventure on your honeymoon

Tanzania is one of the most popular destinations for a luxury safari honeymoon in Africa. It is a safe country, with a great variety of landscapes and cultural diversity. Furthermore, the country has just been awarded recently with the prize to the best national park in Africa. The winner: the Serengeti National Park.

This huge park, also called the endless plain, it is one of the main sites of the Great Migration. Every year, one of nature’s greatest spectacles takes place on its territory: the great migration.  This massive migratory movement of mammals, mainly wildebeest, zebra and gazelles followed by stalking predators such as lions and leopards in search of food, is undoubtedly a unique natural event that can only be enjoyed in two countries in the world, Tanzania and Kenya. 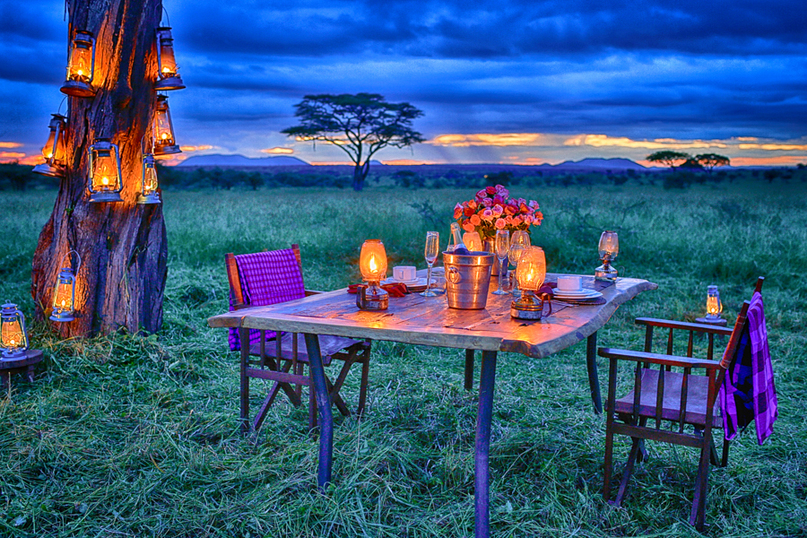 If you’re more interested in seeing animals, Tanzania is a must as a honeymoon destination. The Ngorongoro Crater, considered the 8th wonder of the world by Unesco, is home to the largest stable population of wild animals in Africa. The interior of its caldera, permanently supplied with water, means that the animals do not have to migrate in search of food. So if your main objective is to see the Big Five, you have to come here.

Kenya is the home of safaris. Its natural and cultural wealth has made it one of the best destinations for a safari, and of course, for an african honeymooon. Who doesn’t remember the romance experienced by Meryl Streep and Robert Redford in Out of Africa?  The film recreates the life of Baroness Karen Blixen, whose happiness was linked to this country.

As well as being a film destination, Kenya has some unique natural attractions. The giant Maasai Mara National Reserve, named after the legendary Maasai tribe, is one of the best destinations for a safari honeymoon.  The Mara River is the luxurious setting for the breathtaking crossing of the Great Migration.  Thousands of wildebeest cross the waters of the river in front of stalking crocodiles.  An incomparable experience. Another of the most appealing activities for honeymooners is a hot air balloon safari over the Maasai Mara. The perspective of the great savannah from the sky is simply unforgettable. 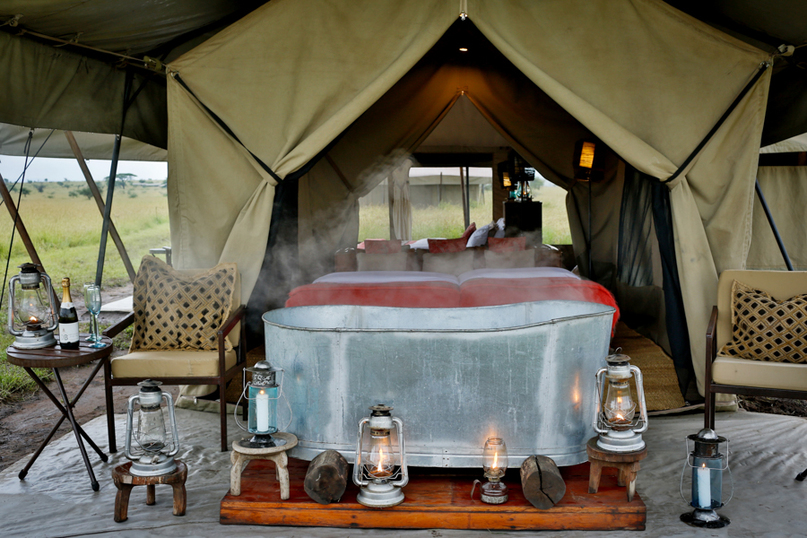 The Maasai Mara offers great opportunities to see the famous Big Five: lion, leopard, elephant, rhino and buffalo. The lions are especially abundant, and have become accustomed to human presence, making them easy to spot. The reserve is also home to other well-known species of African wildlife such as wildebeest, zebra, giraffe, hyena, impala and Thomson’s gazelle. The Maasai tribe is still present in Kenya, as it is in Tanzania, where they remain faithful to their customs and traditions. For many travellers, a very enriching and interesting encounter, which they will never forget.

Zanzibar, the best beaches for your honeymoon in the Indian Ocean

The perfect honeymoon for us is a safari combined with a few days on the beach to relax after the early mornings of the safari. Without going too far, just take a plane from Tanzania or Kenya and you’ll be on the paradisiacal beaches of Zanzibar in less than an hour.

This archipelago of islands is a paradise of white sandy beaches and turquoise blue waters perfect for relaxation or diving.  It is a quiet island, where tranquillity is guaranteed in its many high quality hotels located in the different areas of the island. 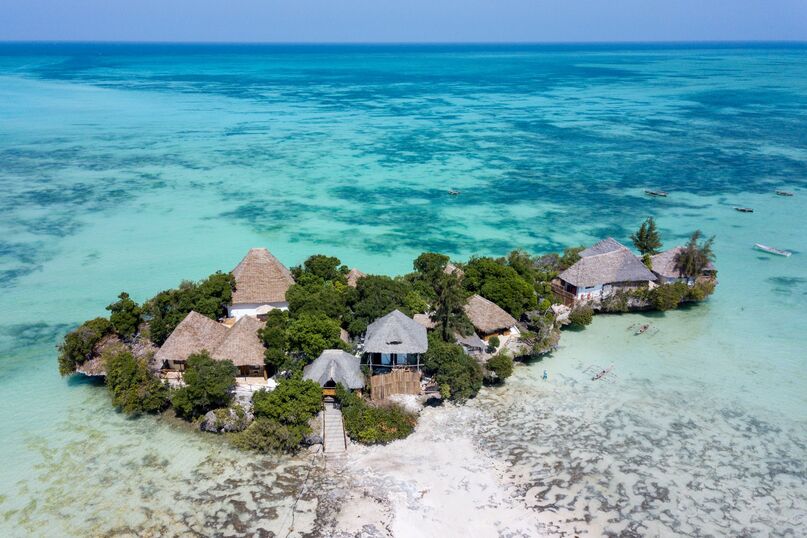 Zanzibar also has an important colonial past. Known as Spice Island, the capital, Stone Town, was the epicentre of trade trade with the colonies. Today, the old colonial city is a World Heritage Site. But the city, It was also the home of Freddie Mercury, singer of Queen who was born in Zanzibar in 1946. Today you can visit his museum opened in 2019.