Five curiosities of the Maasai tribe in Kenya and Tanzania

You know that we love to talk about Africa, its tribes, its customs and its curiosities. The Maasai tribe is one of the best known around the world for its dances, its warriors and its red tunics. But, beyond these characteristic features, little is known about their customs, their tribal organisation and their way of life.

When going on safari in Kenya and Tanzania, visiting a Maasai village is a must and a way to get to know a little more about the traditions of this community. Formerly a warrior tribe, today they are semi-nomadic shepperds who forage in the Maasai Mara and move their herds in order to replenish the grass. The total number of Maasai is around 850,000, and although their lives revolve around cattle, there are Maasai who have a job and who live with respect for their traditions. 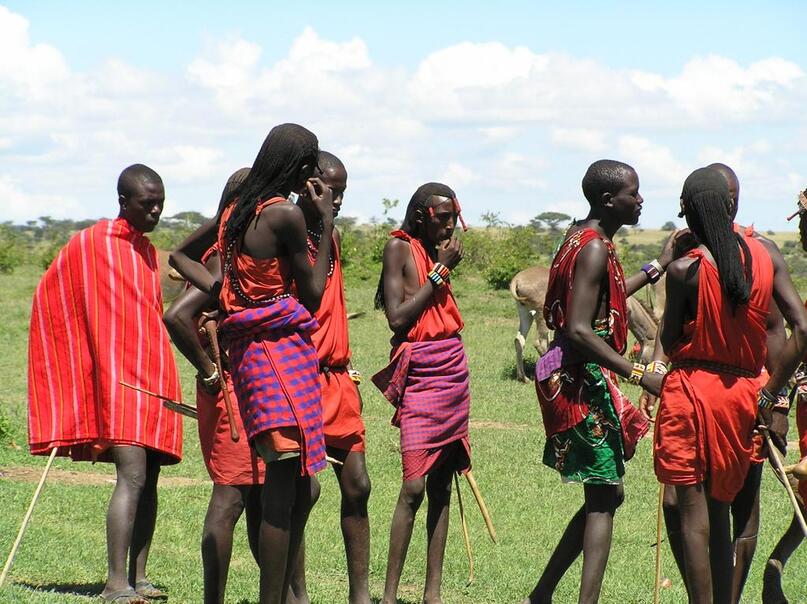 How is their society organised?

There is no tribal chief as such, but the Maasai have a very hierarchical organisation around age and male groups. Their life phases, so to speak, go from infancy, to junior warrior, then to senior warrior, and then to adulthood. They organise themselves into clans and as they go through each of these phases, they also assume rights and duties.  At the age of 16, they become adult warriors. From this point on, they are ready for more complex tasks, such as hunting.

What is the typical settlement of the Maasai Tribe?

The village is called “boma” and is circular in shape. It is a group of huts made of mud and dung called manyatas. It is enclosed by an acacia enclosure full of thorns to prevent lions and other wild animals from attacking and cattle from escaping unchecked.

How do they become men?

To officially become men, young Maasai boys had to hunt a lion. An initiation rite which said that in order to become a warrior, the Maasai had to kill a lion with their bare hands as proof of manhood. Today, due to the protection of the endangered lion population, this tradition is being transformed into a mock celebration. Indeed, many Maasai warriors are becoming lion protectors through initiatives such as Lion Guardians.

Polygamy in the Maasai Tribe

As in most African tribes, the practice of polygamy is common among the Maasai, for whom having many wives is a symbol of power. Marriages are usually arranged by the parents from the time the girls are young. The tribe allows them to have relationships with young warriors before marriage. They take care of the children, the house and make their ornaments such as necklaces and beads.

How many cattle do they have?

The more cattle you have, the more important you are. Wealth for the Maasai is measured in cattle as well as being their main source of food, from which they draw meat  and milk. As semi-nomadic shepperds, having many animals symbolises power and wealth. A very important consideration when it comes to marriage, as the dowry is in the form of animals.